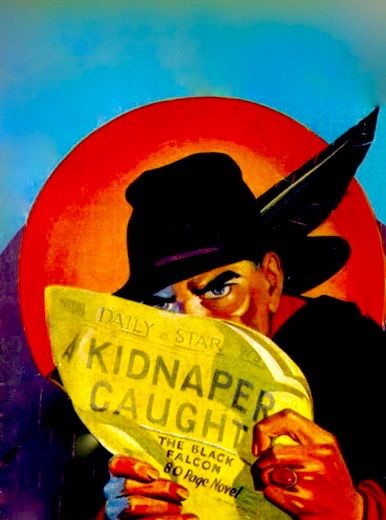 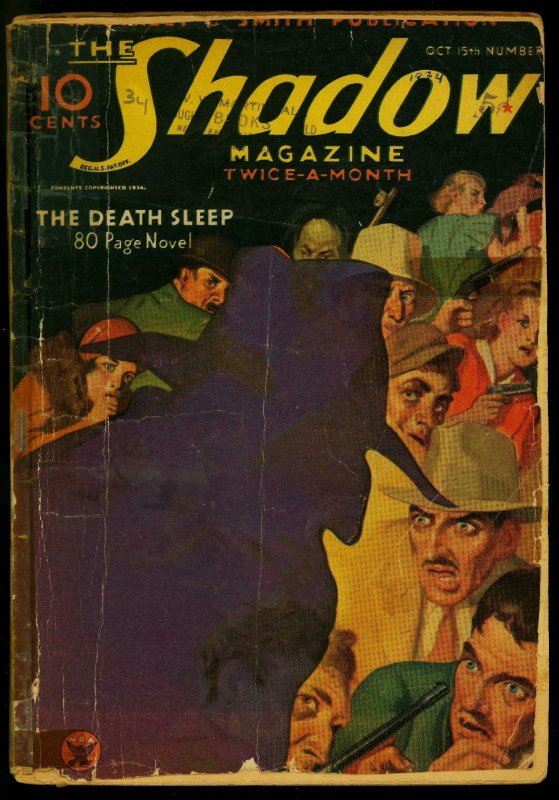 I’m still reading The Shadow pulp novels by Maxwell Grant (i.e., Walter B. Gibson). In fact, I just finished #35, The Silver Scourge, sometime last night. Tip about formatting .pdf files for Kindle–if they are simple .pdfs without illustrations or odd formatting, use Calibre or your program of choice to convert them to .txt. Kindles can handle .txt and the OCR seems to work quite well.

Anyhow, in the absence of taking detailed notes, these books blend together. They’re fast-moving, simple, lightweight,  fairly standardized at this point, and thoroughly enjoyable. The casts in the initial books, as Gibson worked out his formula, were a little bit more varied–sometimes he would have guest stars dip in to serve as narrator–but he seems to mostly abandon this once he has the core crew of Burbank, Rutledge Mann, Clyde Burke, and Cliff Marsden. And (sigh) Harry Vincent. There’s also the dogged but marginally competent Inspector Cardona, his sidekicks Detective Klein and Sergeant Markham; there’s the bulldogged and marginally less competent Police Commissioner (Weston? Watson? Something like that.) Gibson did experiment with a couple of female characters, but without exception they have been extremely minor and (in the case of Cliff Marsland’s actual wife) quickly forgotten. Apparently, this didn’t actually hurt The Shadow Magazine’s sales with female readers, which may have reached about 30% of total audience. Impressive, and also: DUH, women read books for the hot guys, too.

There are a few set locations: the office door of B. Jonas (where chubby-faced Rutledge Mann, the intel guy, drops off envelops of newspaper clippings and notes written in vanishing bright blue ink). There’s The Shadow’s sanctum, which has gotten slightly filled out beyond the black void room it was originally. Lamont Cranston’s New Jersey mansion has also gone on display a few times.

Of the cast, Burbank is the “quiet voiced” Mission Control who alone has the ability to directly contact The Shadow. Burbank is rather interestingly similar to his employer in that he has a remarkable, single-minded dedication to his job–sometimes staying on duty for days at a stretch–something which the author notes is going to be in some ways harder for a man who is literally locked inside a dark room, than for the men out in the field. Clyde Burke is a newspaper tabloid reporter who, fittingly, is introduced in one of the more over-the-top stories (The Death Tower), featuring a mad scientist and the threat of vivisection plus slow brain removal without anesthesia. Which, frankly, nobody these days would quibble about but….nevertheless The Shadow rescues him and (sigh) Harry Vincent anyway.

Slightly less incompetent purely because he’s supposed to have a reputation in gangland as a tough customer and a gat for hire, is square-jawed Cliff Marsland. Marsland served in France in WW1 (and possibly met The Shadow there, not that he knows it), and has done a stint in Sing Sing for another man’s crime (the wastrel brother of the girl he supposedly marries at the end of the book.) No one ever connects the dots with Cliff Marsland turning up for jobs and everyone he works with turning up dead, because, well, they all end up dead.

And then there’s (sigh) Harry Vincent. Harry Vincent has a special place in the mythos, as he’s the most common point of view character and first agent we see The Shadow recruit: he’s pulled back from the brink of suicide and given a chance at life–life with honor, danger, adventure, courage, and also money. Thing is, this dude is so utterly useless it’s both laughable and infuriating. Yes, The Shadow’s agents are far less skilled, intelligent, capable, and cool than he is. But frankly, having Harry Vincent tail someone means that Harry Vincent is going to be spotted and whacked with a blackjack. Having Harry Vincent guard someone? That someone is as good as dead. Having Harry Vincent attempt to contact or pump someone for information? Generally means that Harry Vincent is going to get blackjacked, again, because DUDE. And, granted, the author isn’t on his side and is deliberately making him look less cool. But still. Sigh.

And then there’s the master of darkness who does ceaseless and fearless battle with the forces of evil: The Shadow himself. One of the cleverest parts of the pulps is that The Shadow genuinely is a mystery to the readers. He is not his main social identity, Lamont Cranston. Neither is he Henry Arnaud. His face is anything he wishes it to be–in early books it’s hinted he may be disfigured to the point of having no face. This is somewhat reinforced by future descriptions’ emphasis on the weirdly “masklike” and immobile cast of his features, and a scene of him donning a full-face prosthetic disguise. Small snippets of his backstory have trickled out–he served in Europe in World War One and knew Cliff Marsden; he was once a stowaway on board a German zeppelin with orders to destroy it (the zeppelin’s former captain gasps in horror at finding his ultra-secret craft was compromised); and his girasol ring was given him personally by one of the Romanoffs (but somehow also has a secret Chinese inscription underneath the gem, shrug.) He speaks multiple languages. He knows “jujutsu.”

The other part of what makes The Shadow is that he’s never less knowledgeable than the audience (although much more so than his agents.) He knows just about as much as the audience does, generally, because he’s secretly in the room when the crooks discuss things, or has Burbank listening in on a wire, or (sigh) Harry Vincent in the next diner booth over, eavesdropping. Admittedly, it sometimes does take some sort of logical contortion for him to deduce information that couldn’t otherwise have obtained–but the audience is more likely to forgive characters suddenly figuring things out which they, the readers, have known all along and which allows said characters to reach Point X in time for the climactic fight. So: good trick to make use of in, authors take note.

The novels are fairly dramatic, but not entirely devoid of humor:

There’s a bit where The Shadow deduces that the crooks of the novel are going to need to kidnap some easy money to bankroll their fiendish experiments….which leads to Lamont Cranston throwing a lavish party and virtually waving fistfuls of money at the contact man while talking loudly about how rich and careless he is with his money and the control thereof, which, haha, is okay after all because he’s soooo rich. While standing in front of a conspicuous, open, man-sized crate. PST DID I MENTION I’M RICH?

And, there’s a bit where The Shadow has to dive into his car and make an ultra-quick change from “unkempt dockside bum” to “I own this car, officer, what seems to be the trouble?” The narrative notes that he was wearing the “immaculate” evening wear underneath the overalls (uh-huh, sure), and he’s in the process of kicking off the pants when the bobby comes over to investigate. The sequence is doubtless informed by Gibson’s background as a stage illusionist, but I still had to giggle when the pop-up top hat came on.

Anyhow, I’m out of time.

Rated: look, I’m in the process of converting books 37-57 to txt for my Kindle, what do you think? 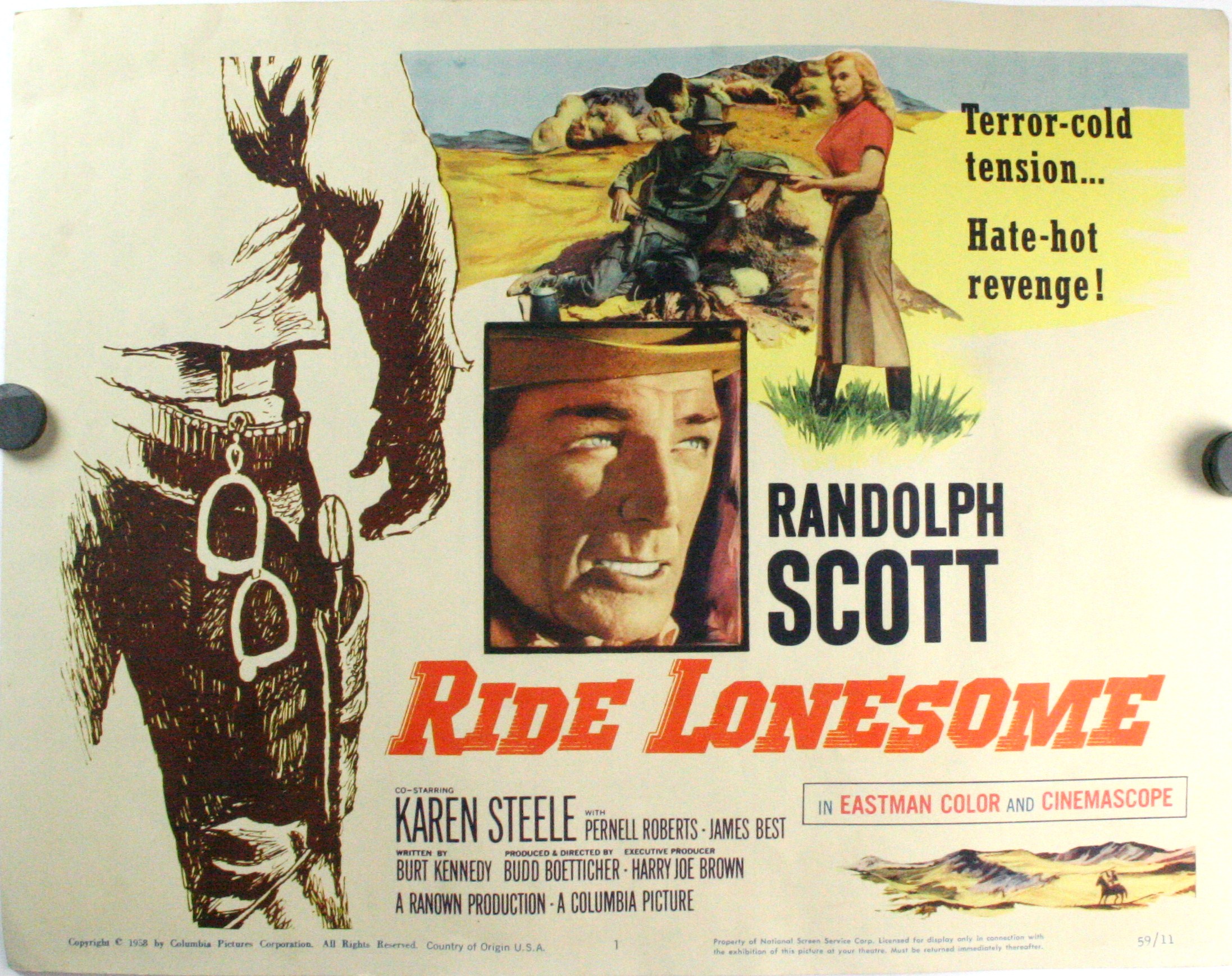 “What are all these other saddles?”

“Why is this fool going out at night! There could be Indians! Yes! It could be them making that noise and you can’t tell! They do, you know!”

“Still, she could have held it together.”
“Hmmmm.”

“Who are they? Mescaleros again? They don’t want to talk this time?…they might not even give a horse this time.”

“Ooof, that guy looked like the horse came down on him.”

“They went away? Too many of them dead?”

“Why don’t they build a fire?”
“Indians.”
“They could build a smokeless fire.” [The Mother of Skaith has also read her Louis L’Amour.]

“Amnesty? They had amnesty for killers?…haha, maybe he got the wrong word it’s some other word.”

“What’s with the feather in his hat? What kind of foolishness is this? Is this to tell us something about his character? I’ve never seen anybody like that. Psssht!”

“What! If the leg is broken, I thought you can’t do nothing for the horse!”
“It’s not broken, it’s just hurt. He doesn’t want to stand up, because it’s hurt, so he just wants to lie there and he thinks he’s dying.”
“Oh.”
…
“Maybe they just need to rub the leg. And put comfrey on it.”
“They don’t have comfrey, Mom.”
“They can find comfrey!”
“…”

“He should not have done that! Even if he lied, he should not have proven that he lied! Now no one will believe him, even when he’s not talking about guns! What did he prove!?”
“Billy is a coward, though. That’s why it worked.”
“It doesn’t matter that the boy is a coward! You should not lie to him!”

“What’s that?”
“A tree.”
“Yes, but what–oh, it’s a hanging tree? What is the point of a hanging tree? I didn’t hear what he just said, what did he say?”
“He said, Brigade used to hang people from it.”

“There are very few platinum blondes like her, you know.”
“Probably not natural.”
“That’s what I said, they’re rare.”

“…Oh, you mean she’s not a natural blonde. Probably.”

“Is that a threat? Not a threat…a…what’d you call that?”

This misses out being my favorite Howard piece because, evocative and strong as it is, but it ends weak without pulling the strands together. Who speaks? Where–beyond the realms of imagination–is he? I, too, wish to know of the road to this far, fantastic place…