The Rebel Princess is a 2021 C-Drama starring Zhang Ziyi and Zhou Yi Wei as the leads. Also present is Kara Hui, whom discerning audiences will remember from the Shaw Brothers’ My Young Auntie, or similar. It’s available with English subs on Viki (but took too long to load there so I watched it on Youtube.)

So, without more ado: here’s my recap for episode 1.

So we start off with the child princess, played by some child actress. She’s a pampered, spoiled, and much-loved princess, rather than a put-upon and bullied one, and is on good terms with her grandmother, her uncle the Emperor, and her three…cousins…? the princes. Of them, she prefers Prince #3 and it seems to be mutual. Her official name is Shangyang, but her personal name is A’Wu.

Her family is extremely powerful and has had twelve empresses, one of them her being aunt. Her father is also the prime minister–read: grand vizier, but low-key. He doesn’t cackle, he just lurks, stares meaningfully, and smirks a lot. This seems, out of the first twenty minutes or so, to be one of the less dramatically cut-throat imperial courts, but that will probably change.

About ten minutes later, she’s grown up enough to be having her puberty ceremony and she is played by Ziyi Zhang.

Now….Ziyi Zhang is about 41. She’s playing a role basically the written for someone the age of her Crouching Tiger Hidden Dragon character, except now she could comfortably be cast in the Michelle Yeoh role.) She’s absolutely beautiful and flawlessly made up and also probably plastic-surgeried up too, and she’s a powerfully charismatic actress who absolutely sells her character. It’s just kind of a shame that she can’t play some sort of role written for a mature, powerful, and beautiful woman instead of…a teenager.

But anyhow, A’Wu’s puberty ceremony gets sidetracked into the various factions asking pointed questions about royal marriages, and then even further derailed when A’Wu goes off script and says that she’d prefer a love match over a high position, and in this world only wants to be married to–

–cue her own father suddenly and coincidentally shouting her down with a report of urgent news from the border, sorry no time for matchmaking, there’s going to be a warn on, men’s business must go first (kid we are going to have WORDS after this).

After this, anyway, A’Wu is sulking too much to properly partake in the ancestor ceremonies, omissions which are not overlooked by her family. But A’Wu won’t take a hint and demands to know why she wasn’t allowed to state her preference for a husband. Is it because her father doesn’t like Prince #3?

His reply is basically, “Well, at least you aren’t all dumb, kid.” Heh.

But, also, it’s because there’s going to be a war on.

Cut to THE WAR! Some guy with a big sword rallies the troops and they all go RAAAA and gallop off. Meanwhile on the other side, some guy with a fur hat rallies his troops and they wave their spears in the air. And then form up a nice, tight shield-wall with only their spear-points sticking out.
Tactics, man. They always sneak up on you when you’re not expecting it. So Big Sword Guy is alone in a ring of pointy spear and the dust flies…

Cut to: the council discussing the, y’know, extremely theoretical possibility that the barbarians, y’know…win. On the other hand, the reward for killing the barbarian king is instant promotion to the nobility.

OK, so the conversation is actually about the possibility that if this general guy (Xiao Qi? Big Sword Dude?) wins, a (ew) commoner is going to be promoted to the ranks of the lordship. HOW CAN WE ALLOW THIS BESMIRCHMENT OF OUR SOCIETY TO OCCUR? THAT’S RIGHT, WE SHOULDN’T….oh, wait, he is protecting us against the enemy isn’t he…hm. A conundrum.

A’Wu, meanwhile, is pestering her uncle the Emperor. He promises her anything she wants if she wins the chess game he’s currently playing against himself.

He is also worried about what will happen if Xiao Qi does win…and gets his promotion. The other nobles won’t accept him. A’Wu is of the opinion that they are stupid and stuffy. Just make him a lord already, he works for you one way or another, doesn’t he? Oh, she’s going to be maneuvered into agreeing to marry him, isn’t she…

Big Sword Guy flies out of the ring of spears and duels the head Fur Hat Guys one-on-one. We know they’re evil, because they have fur hats and veils that hide their (stuntmen’s) faces. And curved swords. Big Sword Guy, on the other hand, has no helmet on and is handsome. Sheesh. This is stupid. I know you wanted to have some sort of big hero moment, but…why start by making your hero charge his cavalry directly into entrenched spearwall and kill off all of his own men? Why not have him be the one with the spears? Or something else awesome?

Eh, I’m overthinking it and I know, the budget…

Eh. It’s not like I’ve reflexively started to empathize with barbarians who wear furs and challenge the dominant political structure, right? 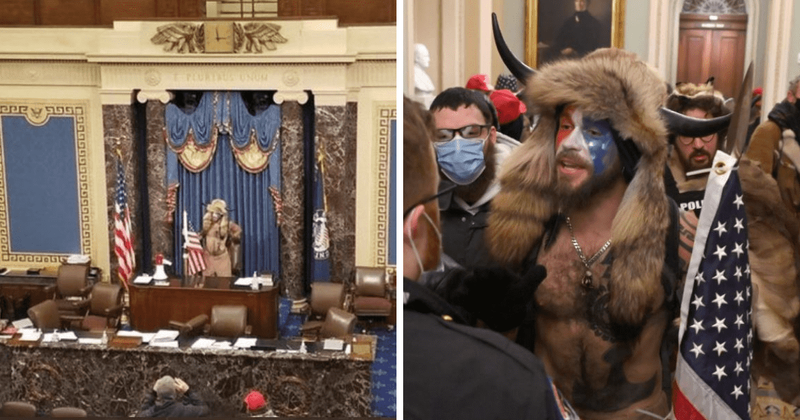 Anyhow, A’Wu has won the game and immediately starts cajoling her uncle to agreeing to allow her the freedom to marry where she wills. And, since an uncle’s as good as his word, he agrees.

News of this promptly reaches the Empress, who is fairly disgusted with this notion: their family has had twelve empresses, and that’s going to be thirteen if it’s up to her (and her Crown Prince son.)

(Meanwhile, A’Wu’s celebratory dancing gets rudely interrupted by what I’m assuming is her brother-in-law? The guy who wears white a lot. Or just plain brother, perhaps? He warns her that her father is going to be pissed and probably give her a spanking when he sees her at dinner. But never fear! He’s got a pillow…)

So. The Empress’s son/the Crown Prince, has learned about the whole A’Wu Can Choose Her Own Husband thing, and is pissed. He’s even more upset that his mother isn’t all that likely to go to great lengths to force her niece into marrying him. She’s more focused on the fact that he might not always be the Crown Prince and ought to do something about it. But Prince #1 storms off, shouting that he doesn’t really care about it anyway.

A’Wu has seemingly decided to skip dinner…..until she then arrives with a bundle of sticks for being beaten with, lol. (The other members of the family carefully sink back out of the line of fire). But Dad asks: did the Emperor agree right away or after thinking it over first? He thought it over, first.

So Dad is about to paddle the shit out of A’Wu (who is a total wimp about it) before he notices that a) the sticks she has have thorns, and b) nobody’s had dinner yet. So she’s going to get fifty lashes with a non-thorny stick afterwards and NOBODY IS TO ASK FOR MERCY FOR HER OKAY? I AM THE PATERFAMILIAS HERE AND IT’S NOT LIKE I DON’T KNOW ABOUT THE PILLOW, YOU GUYS. Also, grounded. Let’s eat.

Back at the palace, the Emperor and….I dunno, I’m guessing this is Prince #3’s mother, discuss things. They are well aware that Prince #3 and A’Wu love each other, but on the other hand, A’Wu is one of the 12-Empress Family and her family is well aware of it. But, d’awwww, the Emperor did it because he wanted the kids just to be happy.

CUT TO: a messenger galloping in with news that Big Sword Guy has won! Woo!

Cut to: the council of officious nobles discussing the fact that the emperor’s response to this was: “Reward,” because, uh-oh, that means A COMMONER is going to join their exhalted ranks. Guys, this is why you keep getting overthrown in brutal peasant rebellions and small island nations.

So Xiao Qi is promoted to a Lord and ordered to return to the capital. His buddies (including a random swordgirl buddy), are jubilant but also wary.

We leave off the episode with the Emperor preparing to welcome the conquering hero in person (and hoping to arrange a fast-ball marriage with, look, all these old courtier guys look alike so I’m not sure who this person is exactly or more importantly who his daughter is but, y’know, his daughter who is not A’Wu but is instead Wan’ru or Wan’er or something.)

So, wait a minute. Who exactly is Prince #3 anyway??? Is it the guy in white? Have we even seen our heroine’s ostensible love interest yet? I am puzzled.